13 Inspirational Quotes About Life That Will Inspire You!

Everyone needs a little inspiration every now and then. That’s why we’ve put together these inspirational quotes about life that’ll inspire you to keep moving forward.

Sometimes we get so wrapped up in life that we lose sight of our potential and that’s usually when the inner critic gets louder. So we must silence the inner critic every time because we can’t afford to let it run amok in our minds.

So, it’s time to get inspired. 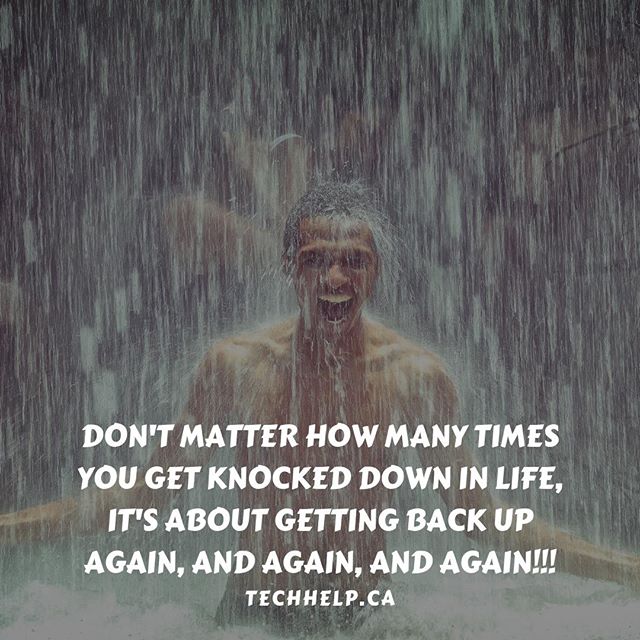 Nothing hits harder than life, especially, when we least expect it. However, every rough patch is leading us to our goals in some way. Bill Gates, Warren Buffett, Richard Branson and many others wouldn’t be where they are today without the experiences/struggles that shaped them. 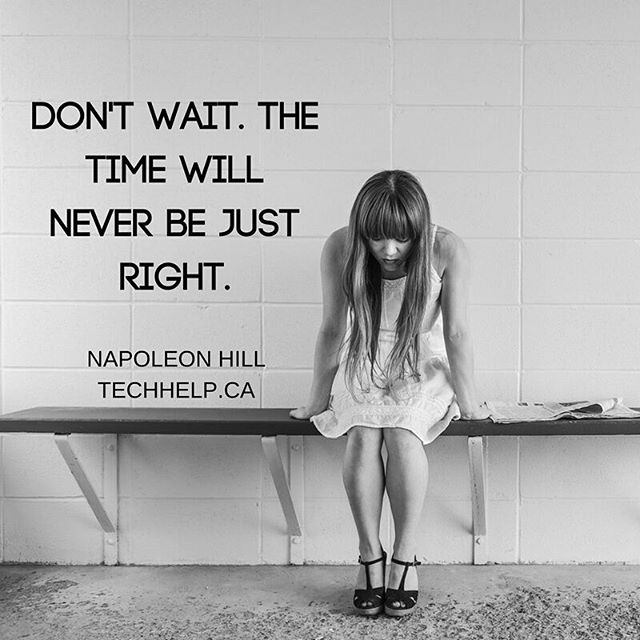 Whatever your dreams are, don’t wait. Make sure you have a plan but start from where you are now. It’s tempting to tell ourselves that we have to wait for some other thing to happen but in truth, we’re making excuses.

3. Take the leap but have a plan – Tech Help Canada 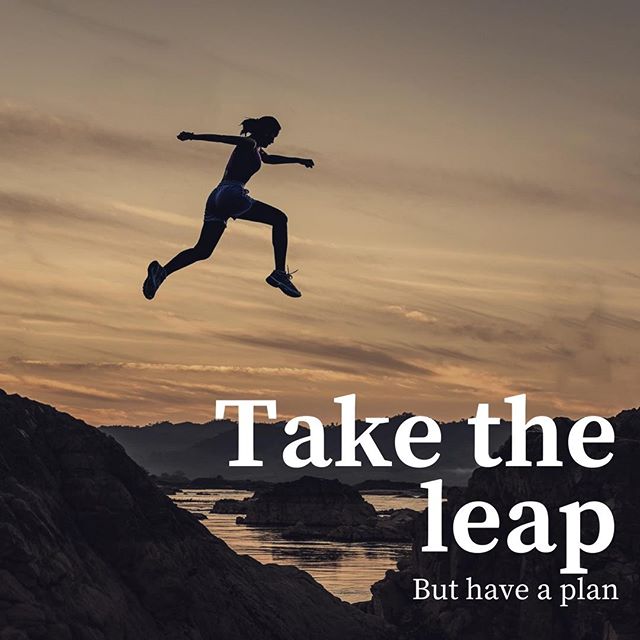 4. Circumstances do not make the man, they reveal him – James Allen

It’s from an old but still relevant book called As A Man Thinketh. In many ways, those rough patches that we go through in life, reveal who we really are at our core. So it comes down to choices!

Two people can go through the exact same experiences but make entirely opposite decisions on how they handle the situation. Hence, our circumstances will only reveal who we really are at the center.

You chose to come here to read inspirational quotes about life in order to help lift your spirits. A wise choice! Some people would’ve chosen something else like drinking alcohol, indulging in other drug use, giving up etc. That’s the power of choice.

5. Money doesn’t change men, it merely unmasks them. If a man is naturally selfish or arrogant or greedy, the money brings that out, that is all – Henry Ford 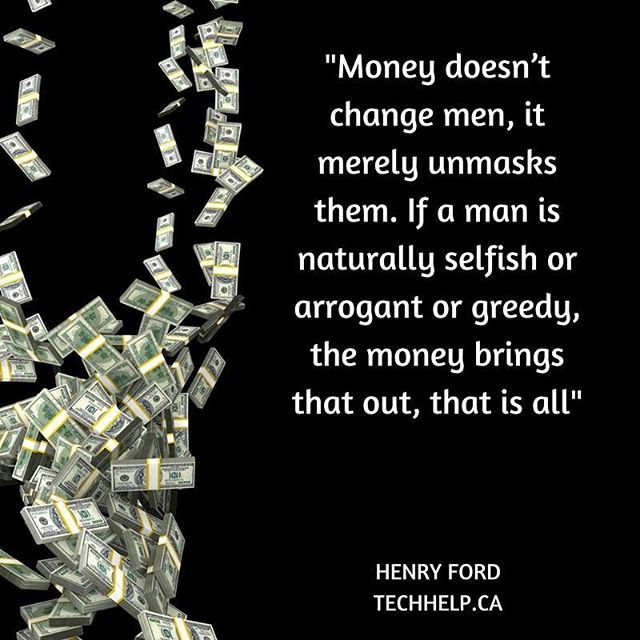 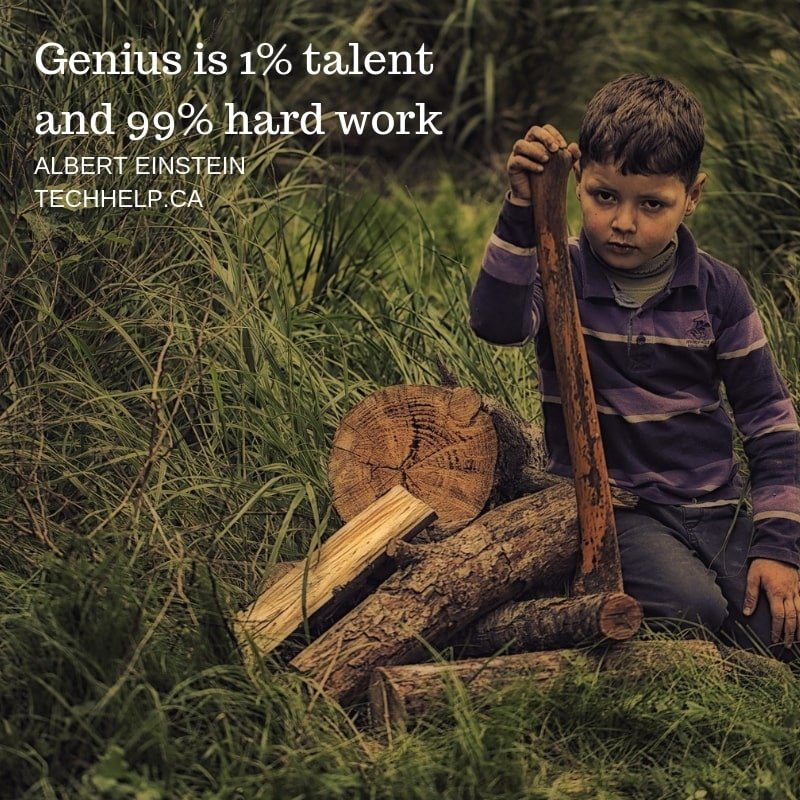 You don’t become a genius without putting in the work and you can’t become successful in life without hard work.

7. Before you put on a frown, make absolutely sure there are no smiles available – Jim Beggs 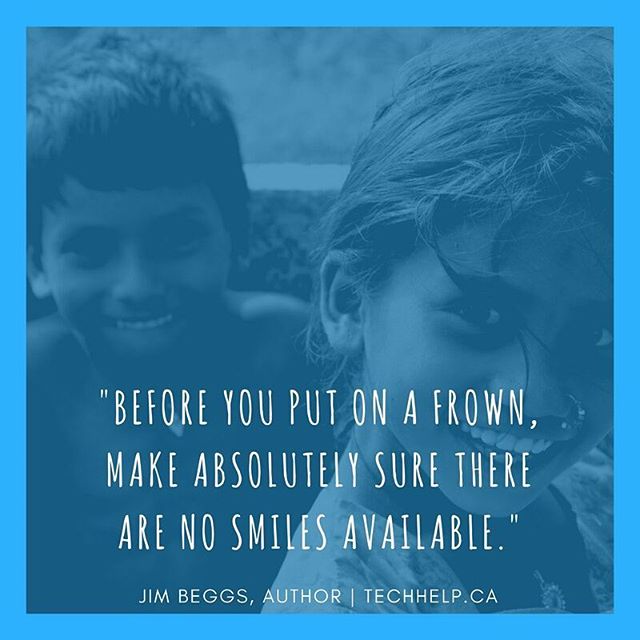 Tony Robbins has pointed out on numerous occasions that our facial expressions largely control our moods. So yeah, make sure there are no smiles left before you frown.

8. Success is walking from failure to failure with no loss of enthusiasm – Winston Churchill 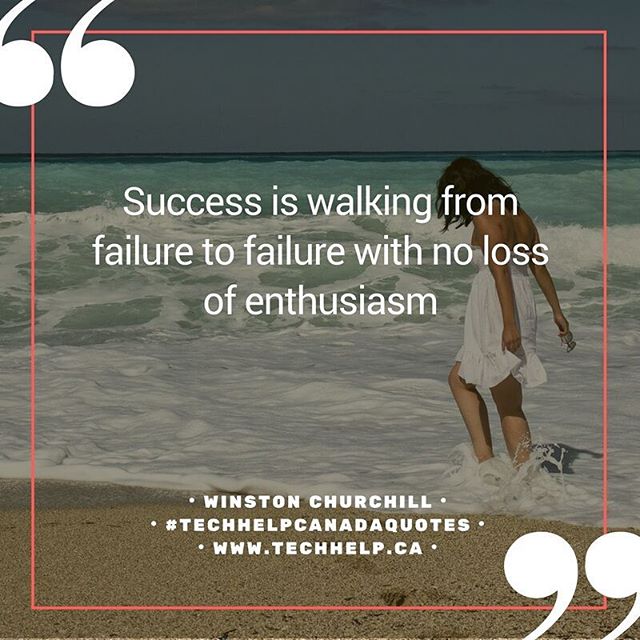 Failing isn’t a bad thing because it’s necessary for progress. However, that doesn’t mean that you shouldn’t strive to win every time. Yes, failure sucks but you know what super hurts? When you fail but know deep down that you didn’t do your very BEST!

9. Know what you want most and become obsessed – Tech Help Canada 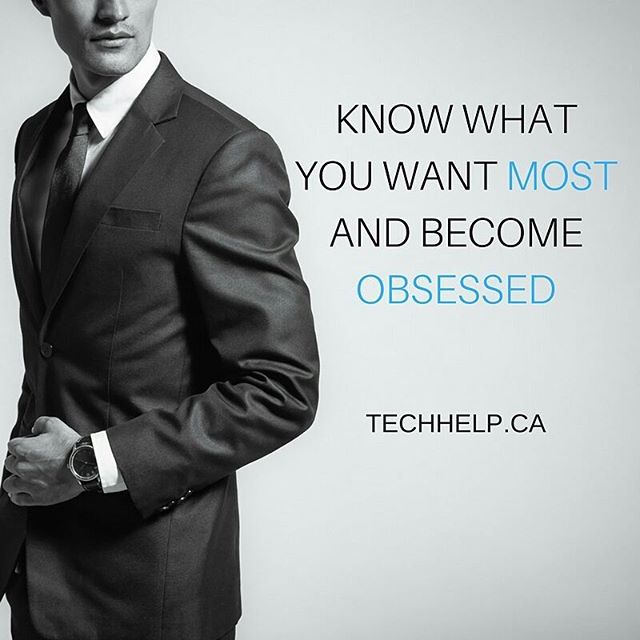 We mean a healthy obsession. If you’re obsessed with achieving your goals, everything else will fall in line because your mind becomes focused on that objective. Passion, determination, discipline, perseverance, work ethic and anything else you need, will fall in place when your goal becomes a MUST.

10. Success is not the key to happiness. Happiness is the key to success. If you love what you are doing, you will be successful – Herman Cain 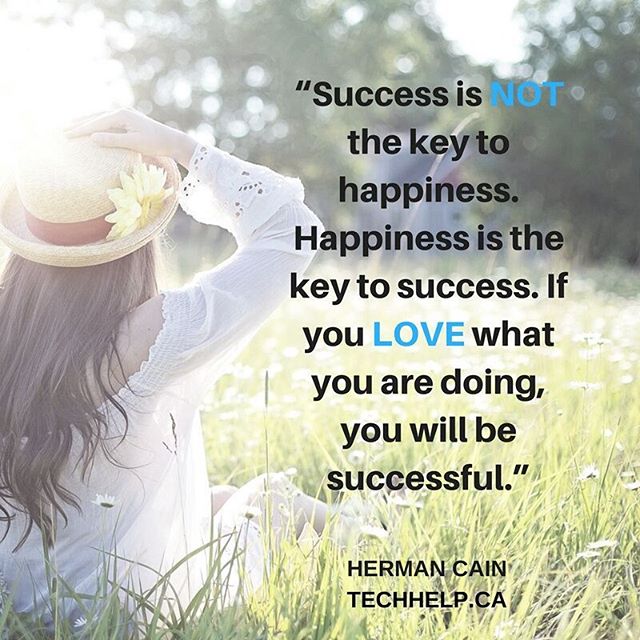 We’ve all had that job that no matter how much we tried to make ourselves like it, we totally hated it!

If you love what you’re doing, then you’ll be successful at it. The reason is that we naturally seek to grow in the work that we love doing. For instance, an accountant who loves his or her labour will naturally seek to learn more and become better at it. 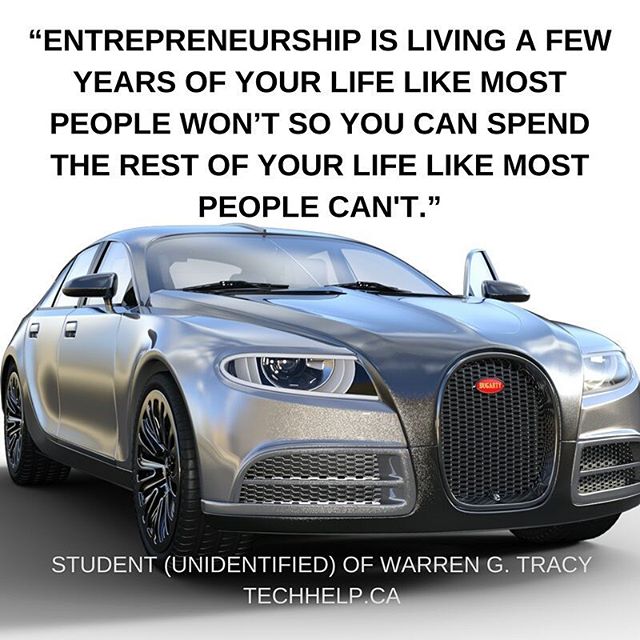 Seth Godin once wrote that the entrepreneur who eats cereal for breakfast and sleeps on his friend’s couch is better off than the one living in a luxurious home (not in those exact words). The idea here is that in the beginning stages of your journey, you may need to forego some luxuries for a while, so that you may acquire even more in the future. 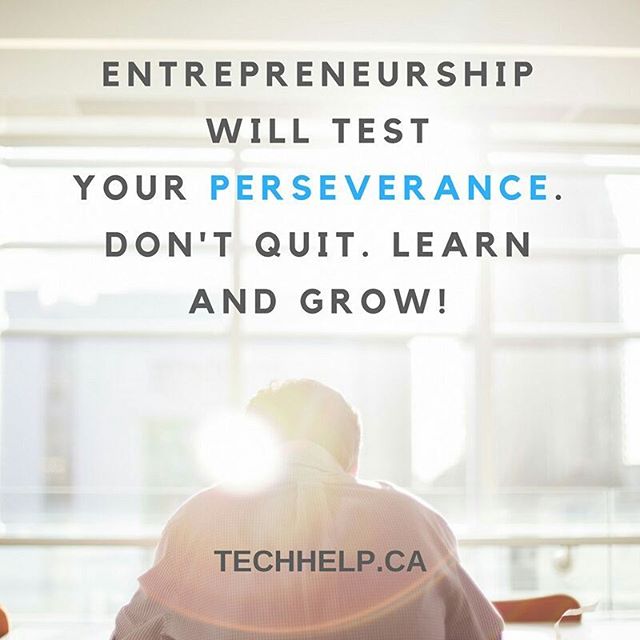 There will probably be rough patches that you’ll have to deal with but you need to persevere. The good news is that it becomes easier to do this when you have a ‘WHY’. This is the reason that you’re trying to achieve your objective and it’s powerful! For many people, it’s something that makes them emotional when they think about it.

13. A business that makes nothing but money is a poor business – Henry Ford 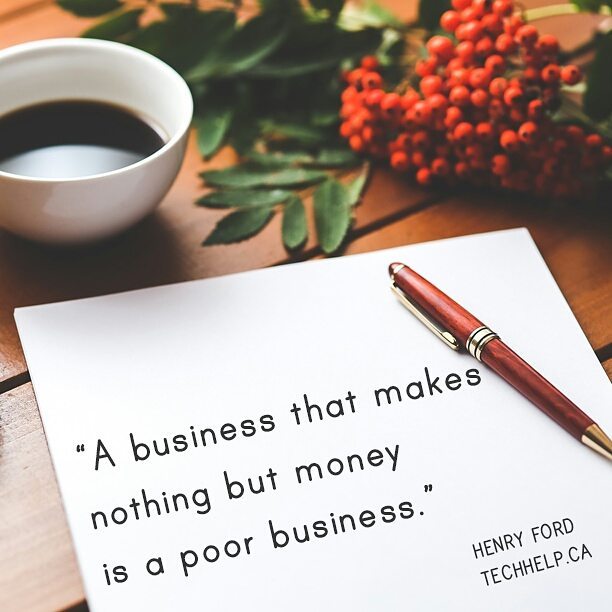 If your goal is to start a business, make sure there’s a deeper purpose than ‘money’. The most successful companies today are giving back to the world in several ways.

Take Google and Microsoft as examples. The former is organizing all the world information in one place. And their efforts have made it possible for anyone to have access to massive amounts of useful info within seconds. The latter helped make computers affordable, thereby, making it possible for everyone to have a PC in their homes. On top of that, these companies are huge givers to charity.

Inspirational quotes about life that will lift you upClick To Tweet

I'm the founder of Tech Help Canada and a digital marketing specialist. I help people succeed with valuable insights and marketing services. When I'm not working, my favourite thing is to enjoy the outdoors or spend time with family. If you liked this post, please consider sharing it.